Lindsay Wildlife Experience is dedicated to advocating for social change and public policy that protects wildlife and the environment. Please read the letter drafted by our Executive Director Cheryl McCormick, Ph.D, in partnership with International Bird Rescue Executive Director JD Bergeron, and sent to United States Secretary of the Interior Ryan Zinke.

The Lindsay Wildlife Experience and International Bird Rescue respectfully request that the US Department of the Interior immediately terminate its plans to eliminate certain protections for migratory birds by implementing Solicitor’s Opinion M-37050, which concludes that the Migratory Bird Treaty Act (MBTA) does not prohibit the incidental taking of migratory birds. DOI now reads the MBTA’s prohibitions on pursuing, hunting, taking, capturing, killing, or attempting to do the same only criminalizes affirmative actions that have as their purpose the taking or killing of migratory birds, their nests or their eggs. The opinion is significant because it reverses the DOI’s prior interpretation of the MBTA as prohibiting incidental taking or killing of migratory birds.

DOI’s withdrawal of its previous MBTA interpretation will change its approach to reviewing activities that impact migratory birds, and prioritizes industry at the expense of millions of birds each year by reducing potential criminal liability on project developers and operators. Additionally, it will reduce enforcement actions against industry, because DOI will no longer consider migratory bird fatalities incidentally caused by industrial operations, such as oil spills, wind turbine strikes, and industrial waste disposal, as violations of the MBTA.

The MBTA is one the country’s oldest environmental laws. Signed in 1918, it protects most of the nation’s native birds by making it unlawful to capture, kill, hunt, sell, or otherwise endanger the well-being of more than 1,000 species, along with their nests, eggs, and feathers, without a permit. The MBTA has been credited with rescuing numerous species, including the snowy egret, Sandhill Crane, and Wood Duck, from the brink of extinction.

Rolling back protections of such historical pedigree should be discussed and debated at length, in a bipartisan fashion. Instead, the MBTA is now at risk of being eviscerated with very little deliberation, and industries that engage in activities that routinely kill millions of migratory birds celebrate the contrived loophole that weakens environmental protections viewed as regulatory burdens. Opinion M-37050 is potentially devastating for bird species, contrary to the original 2 intent of the MBTA, and is the latest attempt by the Trump administration to systematically dismantle environmental protections originally enacted with overwhelmingly bipartisan support.

The state of our birds is a measurable indicator of how well we are doing as stewards of our environment, and the protections afforded by the MBTA have never been more critical. Lindsay Wildlife Experience and International Bird Rescue challenge the DOI to implement science-based environmental and conservation programs that benefit birds and people, and strongly encourage DOI under your leadership to cease its plans to allow the incidental take of migratory birds under the MBTA.

As we celebrate the centennial year of the MBTA – the most important bird law in the country – it is essential that DOI act in a manner consistent with its mission of protecting and managing the Nation’s natural resources.

Thank you, Secretary Zinke, for your consideration. 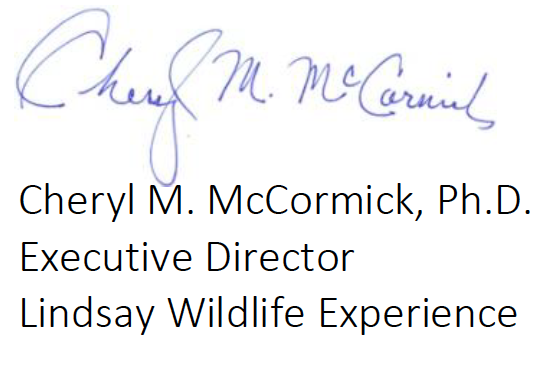 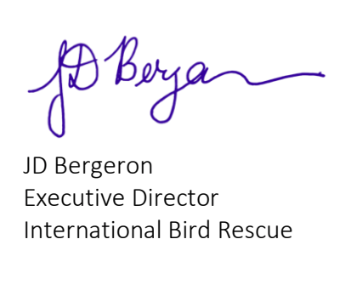