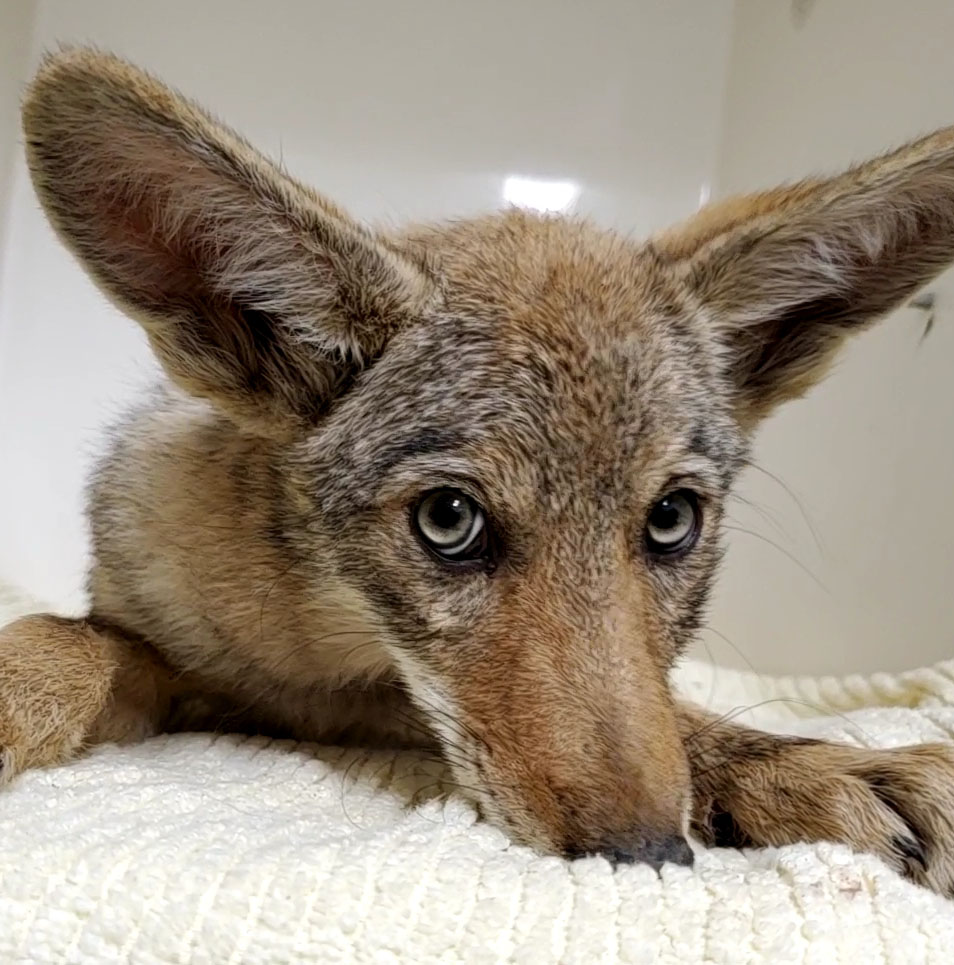 With their multicolored fur, slight builds and elusive nature, coyotes are experts at blending into the East Bay’s golden hills.

Preferring to hunt in the early morning or at night, these nocturnal animals used to be a rare sight in suburban areas. Prolonged drought and wildfires are now forcing these timid yet naturally curious creatures into urban territory where they must share space with humans and pets as they search for food and water.

The migration into populated neighborhoods is causing some unpleasant interactions with people. Whether lured by pet food left outside or unsecured garbage cans, these omnivores can venture into backyards where they may encounter an unsuspecting dog or cat. And although it’s extremely rare, a sick coyote that’s foraging for food may resort to defensive and aggressive behavior such as biting or attacking when they run into humans. These rare instances, such as the spate of attacks in Moraga earlier this year made by a single coyote, along with recent reports of coyotes attacking pets in Danville, is drawing attention to these mammals. Unfortunately, the nature of these run-ins is casting a negative light on a vitally important native species.

Modern-day coyotes (Canis latrans) have populated North America for thousands of years. Today, their range is spread across the continental United States. In the Bay Area, where their populations plummeted due to the use of poison bait in the early 1900s, coyotes can now be found in San Francisco, the North and South Bays, and the East Bay Area where they live in open spaces, hills and along the shoreline. Although a common misperception is that coyotes eat pets and garbage, they are known to eat fruit and prey on animals including rabbits, mice and small deer. Thus, coyotes offer a natural form of pest control and in fact can help the very same farmers and ranchers who may go to great lengths to eradicate them from their property. At Lindsay, coyotes are infrequent patients in our wildlife hospital when compared to other species. When they do come in, they are usually orphaned, suffering from a disease like distemper or are the victims of vehicle collisions, which is the leading cause of death for coyotes in urban areas.

After treatment in our hospital, their temporary stay in homecare has given volunteer species manager Kathy Jones an inside look at their social and emotional behaviors.

In the wild, coyote pups have a strong bonds with their parents and their pack. But orphaned pups spend their first few nights howling and trying to find their loved ones. Singlets are paired with other singlets to soften the loneliness and give them a sense of normalcy. Living up to their shy nature, young coyotes run when it’s time for medical rechecks or transfers to larger rehabilitation facilities where they stay until they are ready to return to the wild. And while they may display alpha behavior toward other coyotes, such as nipping at others to establish intent and dominance, they don’t seem to be inherently aggressive towards humans.

“I have never been approached or attacked by a coyote while in their enclosure, even the adults,” Jones said

Wildlife rehabbers go to great lengths to limit their interactions with patients so the animals don’t risk becoming habituated to humans, which would severely impact their ability to survive in the wild. Even with minimal interaction, coyotes remain wary of people.

“They shake with nerves and I have seen them raise the hair on the back of their necks if I get too close while cleaning. Their objective is not to be seen and not to engage,” Jones said.

Toward a More Peaceful Coexistence After days or weeks or sometimes months of care, rehabilitated coyotes are ready to be  returned to the wild. But with the prolonged drought, frequent and more intense wildfires, and the resulting lack of food, it is becoming increasingly difficult to find suitable locations to return rehabilitated coyotes and other animals to the wild, which is essential to maintaining a healthy and balanced ecosystem. Recognizing the importance of these mammals, understanding their behaviors and knowing what to do if you encounter one in the urban landscape can go a long way toward creating a more peaceful coexistence for both coyotes and humans.

So how can we ensure that our interactions with coyotes remain both minimal and positive? Here are a few tips: